Starting from version 7.5 Spotfire is using Chromium Embedded Framework as a display engine which comes with the well-known Chrome-style Developer Tools. Why is this so great you might ask? There are a couple of good tricks you can do with this one.

Tableau Software is an R&D heavy company, they’re just continuously throwing new features and releasing new versions. But what if some of our colleagues or clients are still not upgraded to the latest Tableau Desktop version? How can we share our superb new workbook? XML Hacking? Jeff’s converter tool?

Forget all. Tableau Desktop can do it out of the box.

UPDATE: Two months after publishing this post from version 10.2.1 Tableau Software removed the DebugMenu command line option. So from here this is history.

END_OF_DOCUMENT_TOKEN_TO_BE_REPLACED

One thing that I realised in Austin: I’m not a Tableau Desktop guy. I’m struggling sometimes even with the easiest densification calcs and my dashboards generally suck. What can I do? Learn Desktop, deep dive and share my findings. Well, I did and the results are below.

Going back to Austin. I spend two hours in the Hackatlon with a Tableau employee called Paul Howie. While he wrote a clever password manager (LastPass) integration to Tableau Desktop I spent most of my time to understand Desktop’s architecture especially the Qt GUI layer (but at the end of the day I did integrate Sever with LastPass as well). We were both pissed off that we did not make into the top three? Honestly, how many people struggle with copying pass database password to Desktop (a lot) vs integration Amazon Alexa with a 3rd party commercial product (a few). And there is no better motivation than resentment (hear me, Ben Lower?) so I started to plan my ultimate solution to open up Tableau Desktop as platform for the masses.

So this is the first part of my journey to write a web REST API for Tableau Desktop (yes, in Tableau Desktop, yes a Tableau REST API) starting with the basics. At the end of this series you will able to inject a web server into Desktop and call tabdoc commands from a nice web UI. Let’s get started.

END_OF_DOCUMENT_TOKEN_TO_BE_REPLACED

Two weeks ago I was lucky enough to visit some of my new and old customers in the sunny Bay Area. To make it more interesting I opted for a short presentation at Netflix to talk about Tableau Server Architecture, Abstract Query Caching and Fusion plus dashboard optimisation. I was super jetlagged but still I enjoyed a lot.

Slides? Here they are: END_OF_DOCUMENT_TOKEN_TO_BE_REPLACED

Do you need D3.js in your workbook that interacts with the other sheets in the workbook? No issues. Want to re-define some part of the portal like what should happen when users want to export or see underlying data? It’s easy. Add excel export directly to the exporting options? It’s an hour of work. But how? END_OF_DOCUMENT_TOKEN_TO_BE_REPLACED

Tableau’s Javascript API evolves fast. In just a few versions we have arrived from the basic embedding to an event based, fully asynchronous API. Maybe the last, missing piece was accessing the summary and underlying data (however most of us used the vud  vizql controller to get the underlying data as featured in our excel downloader for tableau). With Tableau 10 this is also possible in a standard way: you can use two new Sheet level getData functions: getSummaryData() and getUnderlyingData() .

But why is this such a great deal?

END_OF_DOCUMENT_TOKEN_TO_BE_REPLACED 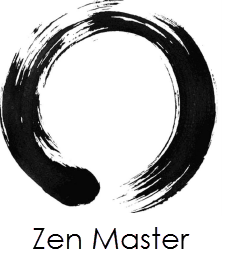 This year is passing so fast we are already around that time when we nominate those who made exceptional contribution to the Tableau community. Just like last year, when all of my favorites were honoured to be Zen Masters, I’ll introduce you my current nominees.

This year the two guys who I learned the most from, are from Tableau Software, but fortunately there is enough contribution in the scene.

If you’re not familiar with the Zen Master concept you can read more about the zen mastership and nomination process here: https://www.tableau.com/about/blog/ZenMasterNomination.

And now my nominees in alphabetical order:

END_OF_DOCUMENT_TOKEN_TO_BE_REPLACED

In this short tutorial I will go thru the basic steps of creating a project that uses Tableau JavaScript API. My intent is to show non-developers how the typical implementation workflow looks like. Obviously, there are multiple ways to achieve the same goals but the way of implementing new web applications is pretty much the same. Let me share my flow and show how I usually setup a development environment, embed a view and capture parameter and event changes. I will use my chess game as an example. END_OF_DOCUMENT_TOKEN_TO_BE_REPLACED

No doubt that chess is one of my favourite game. It’s more than 15 centuries old but still fresh and enjoyable. Also no doubt that my favourite data visualization tool is Tableau so why not mix these two together? That’s the motivation of my new Tableau game, the Tableau Chess that is running entirely in a Tableau Public workbook using some coffeescript magic. END_OF_DOCUMENT_TOKEN_TO_BE_REPLACED

Last week I had the opportunity to show some of our solutions at ISATUG (International Server Administration Tableau User Group). One of my topics was graceful restart, because, yes, I still find it so useful that I want to share this goodie as much as I can. And to share something that actually works in practice I wrote a small plugin for our very-best Palette Enterprise Tabadmin (we call it pet) distribution that works standalone and can do the graceful restart magic what I explained in Graceful Restart Part1 and Part2. END_OF_DOCUMENT_TOKEN_TO_BE_REPLACED

Looking For A Data Job?

I want to have these posts in my inbox